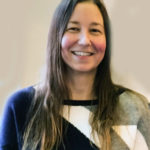 The following introduction was written by Stacie Sheldon to introduce Sherman Alexie at Eastern Michigan University in December, 2007. It was translated by Howard Kimewon and Margaret Noodin and was read by Stacie Sheldon.

He once said, “It’s my job to beat the crap out of the world.”

* Note: Until he introduces himself as a member of another specific tribe, we see Mr. Alexie as one of us, as Anishinaabe, which means, “the original people.”