To Fall Asleep Holding Hands is a bi-lingual (Ojibwe & English and Menominee & English) children’s story about the gift of relationships and resilience. Follow Waabooz the Otter as she looks for her mother, sings a song to help her be strong and asks for help from her woodland friends. The book was written by Fionnan Noori, designed by Shannon Noori and illustrated by Dolly Peltier. Margaret Noodin provided the Anishinabemowin translation and Naneque LaTender provided the Menominee translation.

This collaboration is an example of languages in revitalization raising one another up so that all languages are heard and celebrated. The Menominee nation was politically terminated by the United States through an act of congress passed in 1954 but then restored after persistent activism through a bill signed by President Nixon in 1973. The effect on the language was disastrous and only now is the language beginning to thrive again. To find out more about Menominee, which is a member of the same language family as Anishinaabemowin, visit https://menominiyou.org/

You can listen to and learn the song, Basabaagise (Bounce Back) that Waabooz the Otter is singing in the book.

Listen to the book in Ojibwe:
Otter Book Ojibwe

Listen to the book in Menominee:
Otter Book Menominee

This book was created with a gift from Dr. Isabel Bader in partnership with the Electa Quinney Institute. Nearly 400 copies of the book were distributed by author, Fionna Noori to students as a result of this gift. 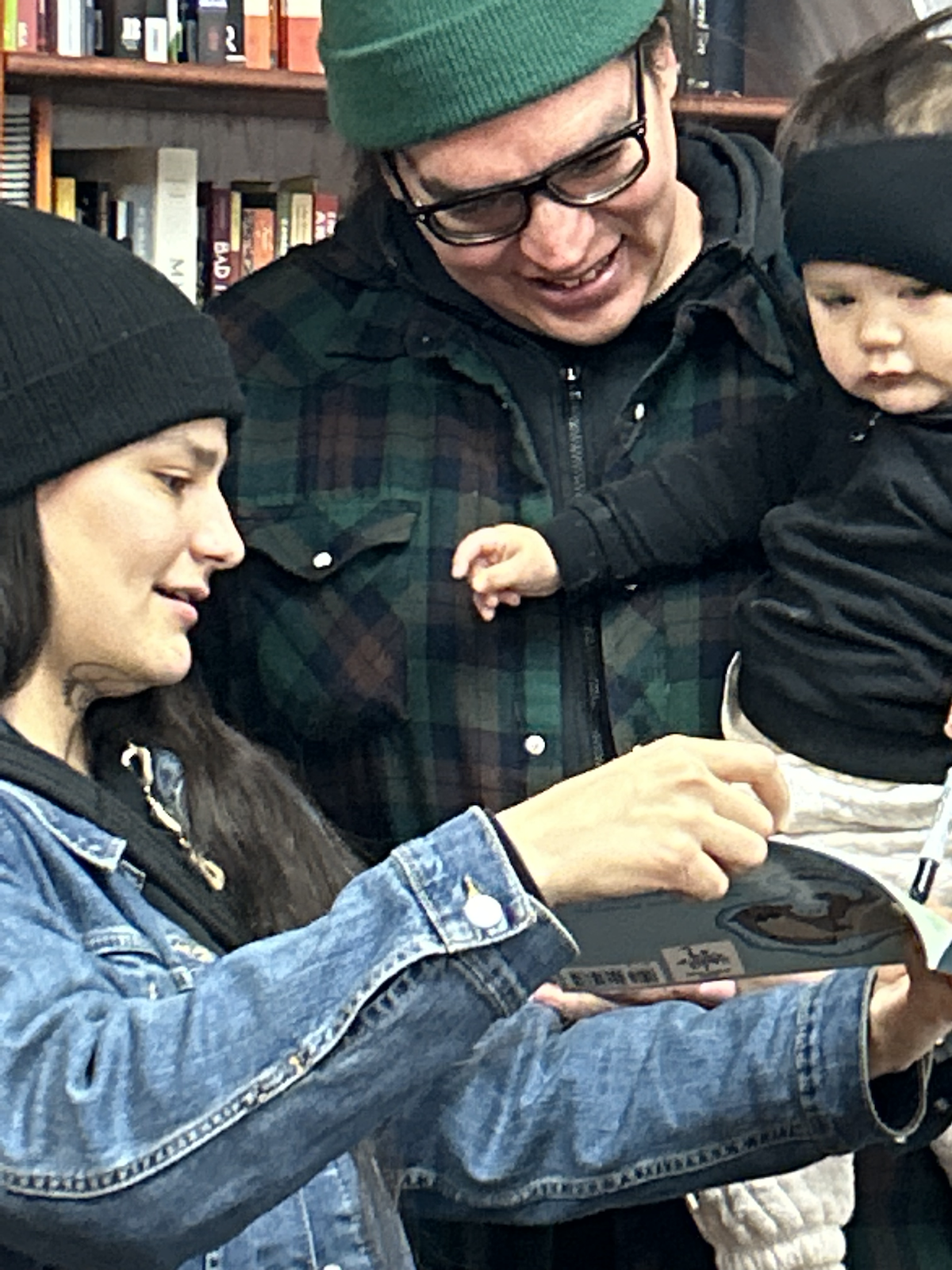 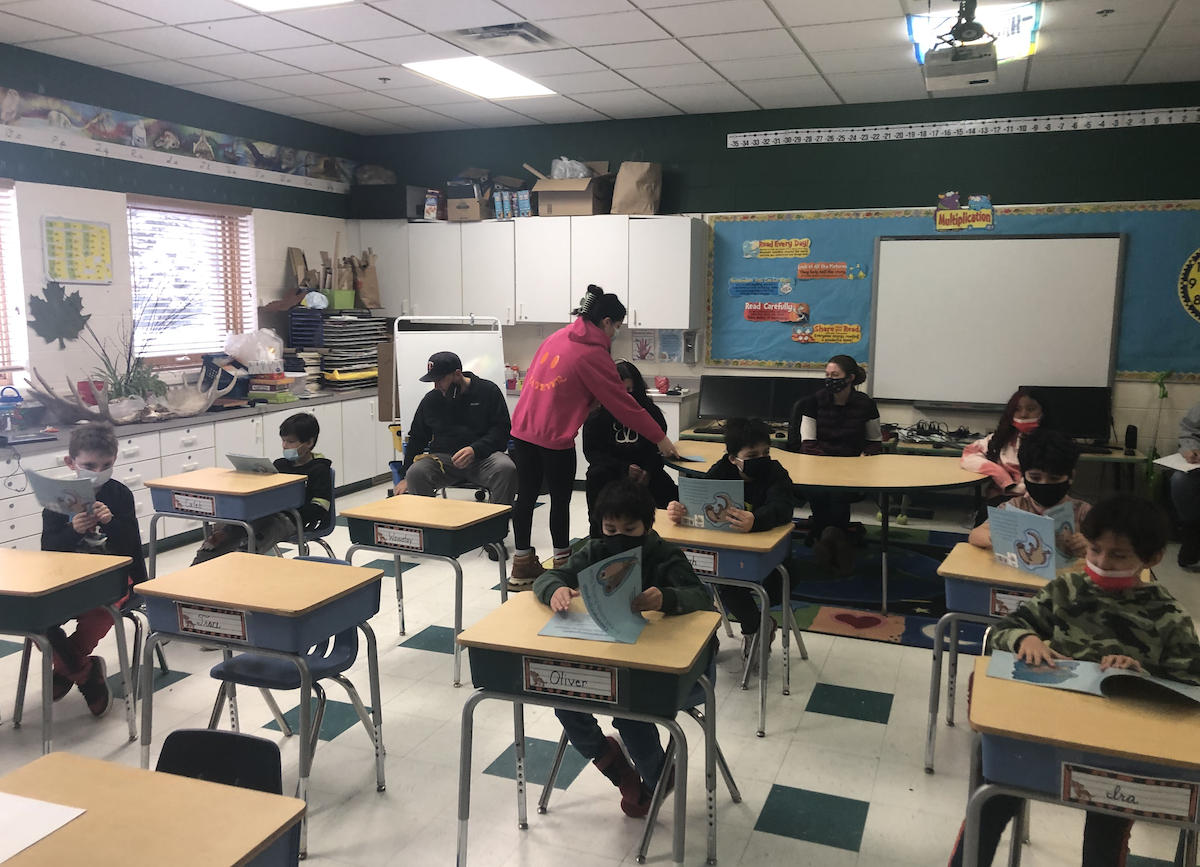 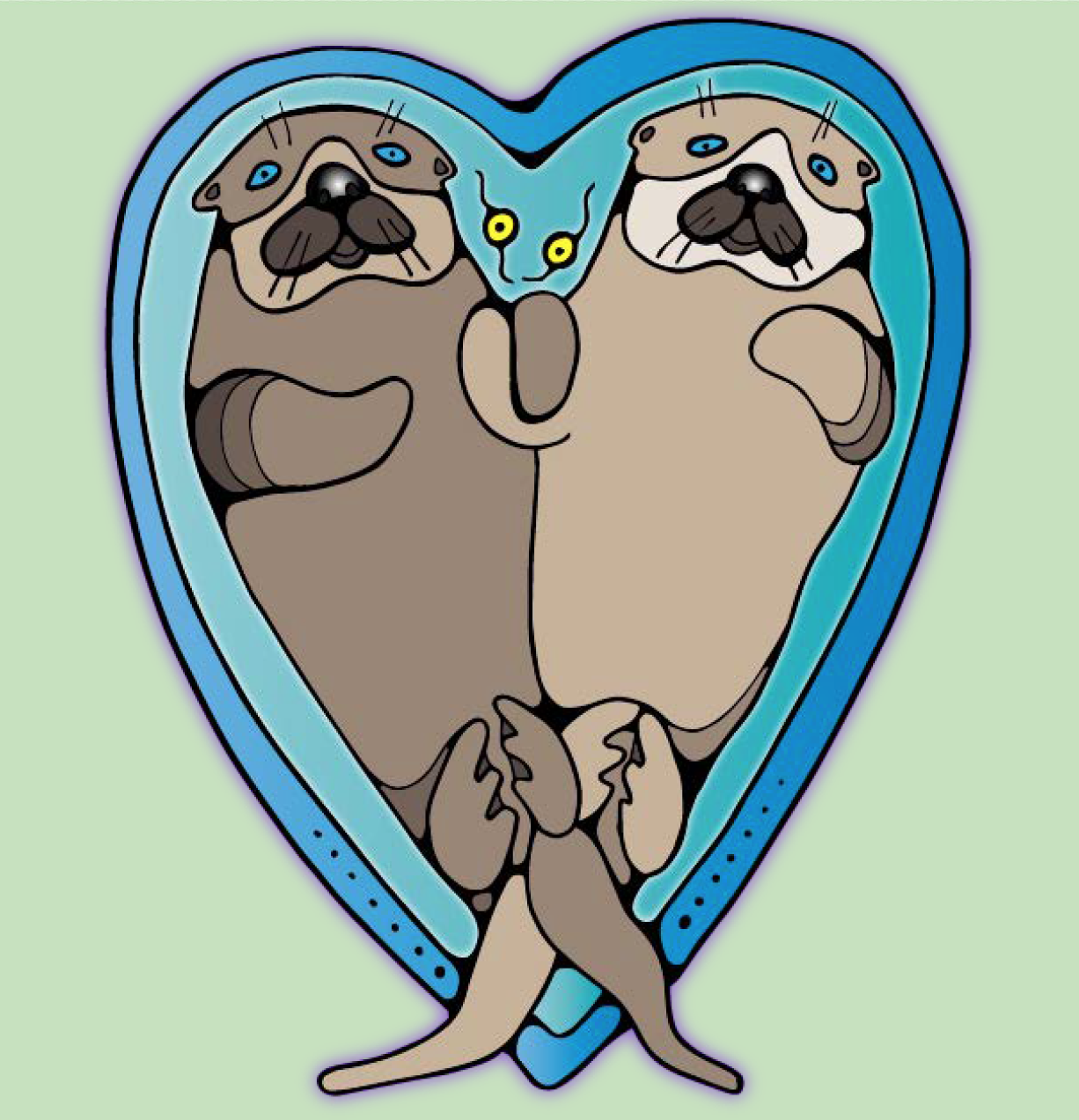 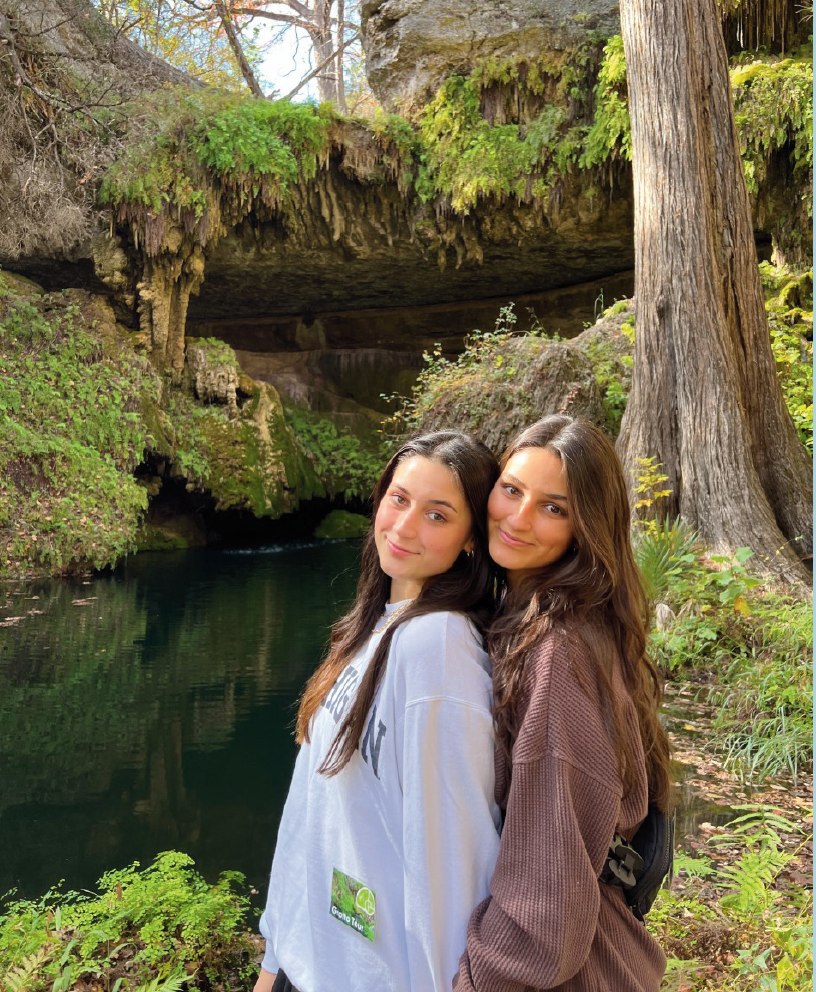 To support more publications like this one, you can purchase a copy of the book from Waub Ajijaak press.
Buy the Book