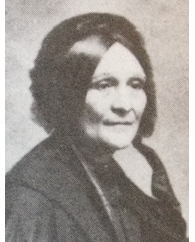 Charlotte Johnston McMurray was born in 1806 in Sault Ste. Marie, MI. She was the fifth child of Ozhaawshcodaewikwe (Green Prairie Woman) and fur trader John Johnston. Her Anishinaabe name was Ogenebugoquay which has been translated by some as The Woman of the Wild Rose, but may have other meanings for fluent speakers. She began doing missionary work when she was 21 years old. From 1828-1829, she worked as interpreter for the Rev. Abel Bingham, a missionary at the Sault. Her work for Bingham included translating sermons to Anishinaabemowin. Charlotte continued to do missionary work in Sault Ste. Marie, both independently and in conjunction with other missionaries who came to the area. In 1833 Charlotte married the Rev. William McMurray. Following several years spent on the Canadian side of the Sault, they moved to Dundas, Ontario in the late 1830s. Charlotte spent her entire adult life sharing Christianity with her Anishinaabe communities through the medium of Anishinaabemowin.

Charlotte wrote this prayer in 1828, and it survives as a written example of her teachings. University of Michigan History and Native Studies student, Kayla Gonyon, has been conducting historical research on Charlotte and other members of the Johnston family. She coordinated the transcription and translation of the prayer with assistance from Howard Kimewon, Alphonse Pitawanakwat and Margaret Noodin. The prayer is currently located with other Johnston materials in the manuscript collection of the Chippewa County Historical Society.

Reading the prayer: The first line is the text as Charlotte wrote it in her notebook. Keep in mind she was not using a standard orthography but was transcribing Anishinaabe and English sounds to the best of her ablity. The second line is how we would write in Anishinaabemowin today. The third line reflects the literal meaning which does not always sound like today’s spoken English, but helps us understand the Anishinaabemowin better. 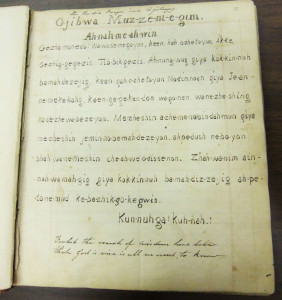 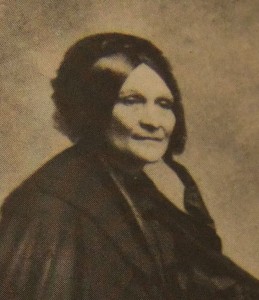 Charlotte Johnston McMurrary – Ogenebugoquay (The Woman of the Wild Rose)