How Do We Talk About Suicide?

How Do We Talk About Suicide? 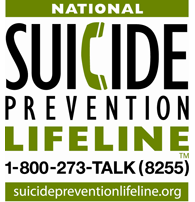 Currently, Christy Bieber is working at American Indian Health and Family Services in Detroit as a program coordinator on the Garrett Lee Smith State/Tribal Youth Suicide Prevention Grant. There are many goals under this grant, but the main idea is to promote suicide as a public health concern in Native community and implement culturally appropriate methods to better prevent suicide in urban Native populations in the Detroit area.

As a part of achieving this goal there are a couple of methods that are being incorporated. The first is to do outreach and to reduce stigma by starting to talk about the issue of suicide in Native communities. The second method is the idea that culture is prevention, as a way to combat the effects of historical trauma and build identity in our youth and our people.

So, Bieber decided to get a perspective on how we talk about the issue of suicide in Anishinaabemowin. She worked with two fluent Anishinaabe speakers, Howard Kimewon and Alphonse Pitawanakwat and asked them to speak freely in Anishinaabemowin about their personal thoughts on the issue. She provided them with some topic words just for them to reference as a guide to their conversations.

Howard started out with talking about depression by giving a personal story about childhood. He describes mental health as a problem for youth fueled by racism on the reservation. He described young people getting away by drinking and experimenting with drink. His grandma told him at 14 years old “Drinking is going to get you into trouble.” Howard describes that at 14 years old you think you know more, but without listening to elders you are actually doubling your problems. He then started a discussion about resources. “The resources are out there.” “Letting people in your life who are going to help is important.”

Alphonse continues the conversation describing that youth and people partake in drinking/drugs to make them feel good about themselves. It is important to give youth the right information at the right time. You won’t get everyone. He also describes that a lot of people feel isolation after coming out of the reserve and they are in need of help.

Howard says that one solution that is there is family, but many don’t use it.

Alphonse agrees that people aren’t using the solution; they don’t have the will. He says that everything that happens comes from not listening. All of these things affect feelings toward others and towards self.

Both Howard and Alphonse described personal stories about youth. There is a difference in the mindset of youth verses when you become an adult. Alphonse described the idea that maybe he got guidelines as a kid, but did not always use them. Howard talked about the difference as one ages in worrying about kids and younger ones. His parents would be worrying about him and now he knows also what it is like to worry for youth.

The following are sentences that both Alphonse and Howard came up with together as messages/values to send to our youth in response to the issue of Suicide in Native American youth.

7. Pane mjimendaa gaa bi zhi-kiikimigooyin.
Always remember what you were instructed to do.