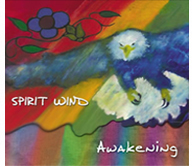 This is a cover song of Brenda MacIntyre, Medicine Song Woman’s “Healing Song,” which came through when she prayed for a song to help her son Quinn Taylor get through some hard times when he was 14. The original song is on Brenda’s latest album Picking Up the Pieces, which she created for people living with grief and trauma, after Quinn was murdered in 2016. The story and teaching of the original song, as well as a live performance of it, are on Brenda MacIntyre’s YouTube channel.

The song will always be dedicated to Brenda MacIntyre’s son Quinn Taylor, and is a gift from Creator, Eagle and the spirit of the drum. This song came to help heal the people.

Dialect Note: In this recording the women use the word “epangishimong” to indicate the direction where the sun sets. In some areas singers may wish to use “ningaabii’anong” to mean the west, the direction of the constellation, Ningaaboozoo, the stars that remind us of the one able to be inini or a waabooz with the trembling tail in the place where the stars melt.

Cover version sung by Margaret Noodin and her daughters, Shannon and Fionna Noori.

Epangishimong
(from the place where it falls, West)

Hey ya hey yo