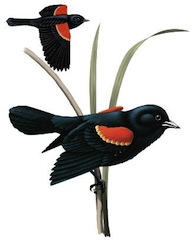 This song was introduced to Miskwaasining Nagamojig (Swamp Singers) by the Ode’min Kwe Singers. Anishinaabe translations by Miskwaasining Nagamojig. Nancy Stevens reminds those who sing it that the Strong Women’s Song should be credited to the Anishinabe kwewag and Zhoganosh kwewag who were in solitary confinement in the Prison For Women in Kingston, Ontario during the 1970’s. Although indigenous women across the globe have long been guardians of human rights, the issue in Canada at the time was a need to revise the Indian Act which removed a woman’s Indian status if she married a non-Indian man. Nancy said “It was these women who had this song come to them. My understanding, from one of the women I sing with and who went to P4W to work with the women there at that time, that this song emerged as a way of staying alive, of supporting each other in that hell hole. Many women in P4W lost their lives because of the horrendous conditions there. We sing this song to honour them, and all women.”

In 2018, the song was used by filmmaker Leah Gerber in “The House that Becky Built” to share the story of Anishinaabe business woman Becky BigCanoe who is working to make a difference in the lives of women who need affordable housing. (EnviroNative: https://vimeo.com/312384293)

A note about singing this song: This song is sung in rounds with 2 people or 2 groups. The first begins and the second comes in after the first sings “mashko” and then both sing in unison for the rest of the lines until the last word where the first breaks away to start over while the second completes the song.